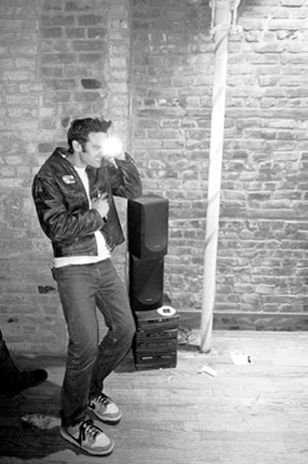 Brad lives in Brooklyn, grew up in Massachusetts and photographs subjects around the world.

He is often found shooting rock stars, ranchers or athletes. His work has been described as filmic, which is strange as he rarely watches movies. He is, however, shooting a documentary film dealing with asbestos poisoning, which will premiere in 2009.

Brad was awarded the PDN 30 Best Emerging Photographers for 2007 and the Jury Prize for Cinematography in the Communication Arts 2007 Annual. He was also recently featured in Digital Photo Pro Magazine.